6 Business Books You Need to Read to Level Up 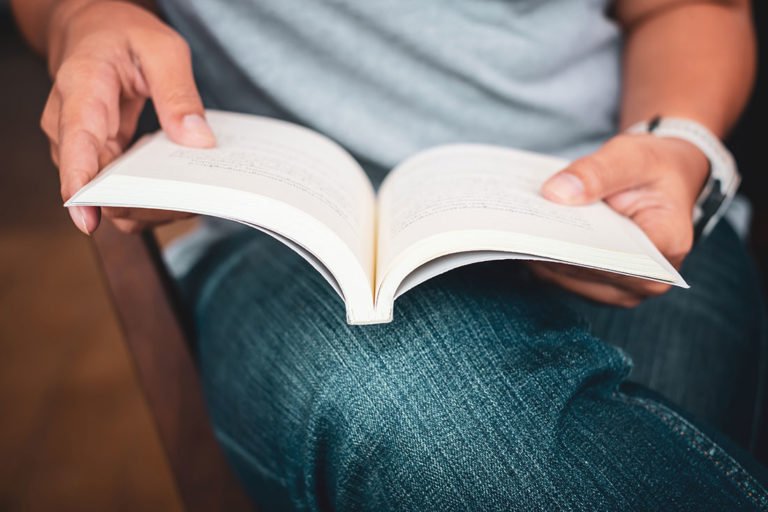 1. Lead From the Future

How to Turn Visionary Thinking Into Breakthrough Growth

Too many businesses and organizations today are run like machines, too focused on numbers and the bottom line.

Is any of that a problem if your business is in the black? Maybe not yet. But later in the 21st century, Josh Suskewicz and Mark W. Johnson write, “The greatest challenge that big organizations face will not be solved by algorithms but (as they have always been) by the wise men and women who look ahead and make the best choices.”

In their book, Johnson and Suskewicz write about how leaders can take their businesses to the next level by using what they call “future back” thinking. Their process involves identifying and filling projected shortfall, reinventing core business functions, developing breakthrough marketing strategies, and creating a new vision overall.  (April; Harvard Business Review Press; $30)

Mastering the Art and Science of Negotiation

Negotiating is easy when you’re one step ahead. The hard part is actually getting that head start, David Sally writes. One of the most important factors to negotiating successfully is being tough, according to him.

“Tough does not mean you must be macho, belligerent, or unpleasant,” he writes. “True toughness arises from persistence and patience, from focus on a goal, from the security that you know what you’re doing, and from a willingness to say no firmly and creatively.”

You’ll learn a lot from this book. Sally explains the four different types of negotiators, how to identify them, and what you’ll need to work with them. He writes about how you can get the most of out your own personality traits to negotiate successfully. The book’s tips can help you whether you’re negotiating with a 5-year-old to eat their veggies or a 50-year-old over a seven-figure deal. (May; St. Martin’s Press; $19)

Getting All You Can from Your Money and Your Life

It’s time to stop worrying about the future so much, and start living in the now. Bill Perkins explains his book by expanding on the classic Aesop fable of the ant and the grasshopper: The ant works hard all summer to save food for the winter. The grasshopper doesn’t. Winter comes along and you know the rest.

“There’s a time for work and a time for play,” Perkins writes. “Great moral. But when does the ant ever get to play?”

In his book, Perkins offers nine rules to help you from being an ant who doesn’t play. Some of the rules make sense, like Rule No. 2: Start investing in experiences early. Perkins isn’t a financial planner, he cautions. He’s not offering a steady plan to save for the future while still enjoying your life; he’s offering ways to be more present now, so you don’t look back on would’ves, could’ves, and should’ves later in life. (May; Houghton Mifflin Harcourt; $26)

Make the Vital Change That Will Level Up Your Business

“Most entrepreneurs busy their days dealing with the apparent issues,” Mike Michalowicz writes in Fix This Next. “We aren’t sure which one to focus on first, so we go for the low-hanging fruit.”

A lot of the time, those low-hanging fruit issues stem from one larger issue that is being ignored. Michalowicz has developed a process focused on identifying your business’s needs, and working up from there.

“Think of it like this: You should build a house from the ground up,” Michalowicz writes. “The same is true for your business. Focusing on the apparent is similar to replacing windows on the third floor while the basement is in danger of crumbling due to widening cracks in the foundation.” (April; Portfolio; $23)

The Power of Being an Outsider in an Insider World

Olga Khazan knows a thing or two about being different: She grew up as a Russian immigrant in West Texas.

“Being weird feels like showing up alone to a party where you only know the host, except the host is in the bathroom…. Except the party is your life,” Khazan writes. Weird can be hard sometimes, but it can also be an advantage. Maybe you’re not weird per se, but you have social anxiety or impostor syndrome.

In researching the book, Khazan spoke to people who were different in one way or another, and dealt with personal issues because of it. But even those people were able to “pinpoint certain skills they honed, strengths they cultivated, or lessons they learned.”

Khazan says your weirdness can be your superpower. (April; Hachette Go; $28)

6. Create the Future + The Innovation Handbook

Everyone wants change and innovation to happen, to make their businesses better, but not everyone follows through, writes Jeremy Gutsche. The numbers back that up. A PricewaterhouseCoopers study found 97 percent of CEOs list innovation as a top priority for their business. How many follow up with a plan they believe in? About half, says a separate study.

In Create the Future + The Innovation Handbook, Gutsche breaks down ways to not just make a better future for your company but to do it with a plan to believe in. It’s a two-for-one deal: Create the Future is paired with The Innovation Handbook, a revised version of Gutsche’s book, Exploiting Chaos. Think of it is as a two part-book: Part 1 teaches you how to create a future framework and Part 2 breaks down ways to innovate. (March; Fast Company Press; $20)

This article originally appeared in the May/June 2020 issue of SUCCESS magazine.
Photo by patpitchaya/Shutterstock.com

As an Amazon Associate, SUCCESS earns from qualifying purchases.