Patience Is a Superpower 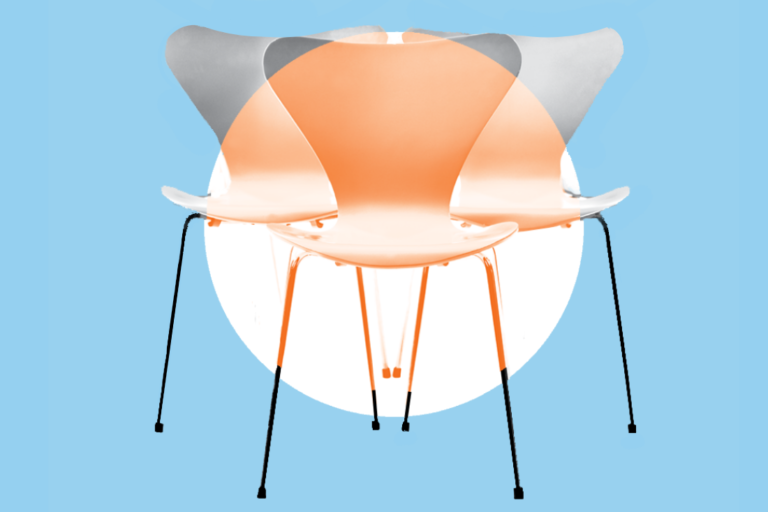 When three large men lifted me off the ground and tried to shove me into a Land Rover, it was time to kill my business.

I had started a social enterprise in Zambia six months earlier with a simple mission of bringing solar lighting to the half a billion Africans that have no electricity. But expenses were triple and just sales half of projections, which cut our runway down to a driveway. Nearly being kidnapped was the last straw.

I booked the first flight home. Within a month, our remaining inventory was stolen and the company truck seized. From 8,000 miles away, there was little I could do but accept defeat. The business had given me purpose. I planned to dedicate my life to it for at least the next five years. Now I had a continent-sized void in my calendar.

I was in… The Waiting Place.

Life doesn’t give many guarantees, but here’s one: You will face setbacks and get stuck.

Maybe a drunk pizza delivery driver will run you over with a Smart Car on a Wednesday afternoon as happened to my neighbor last year. (He’s almost fully recovered.) Maybe you’ll be shopping for wedding rings while your girlfriend is shopping for an apartment with her new boyfriend. (That one stung, but 13 years later I see it led me to my wife.)

Whichever way the blow strikes, you always have two options. You can battle fate and add layers of anxiety to a problem, or you can patiently pick apart the obstacle and use it as kindling to restart the fire of your life.

In low seasons, while you sit in the waiting room of life, patience is a superpower. But by adopting these seven mindsets, you can run circles around life’s challenges.

1. Accept where you are.

“Acceptance of what has happened is the first step to overcoming the consequences of any misfortune.” —William James

Rob Bell started one of the fastest growing churches in America, penned a New York Times best-seller, and was named one of Time magazine’s 100 most influential people.

When Hollywood offered him a TV show, he leapt.

Despite his church success, Rob felt it was time to move on, and prepared to shoot his TV show. But soon, Hollywood stopped returning his calls and overnight Rob fell out of the limelight and into idleness.

Welcome to The Waiting Place, Rob. Pull up a chair; this’ll take a while.

He had cleared his calendar for 12 months, and then suddenly had no reason to get up in the morning. He could have freaked out. He could have started flailing and railing and blaming. Nobody would fault him—he’d traded 100 productive hours a week for a broken promise.

But Rob’s wisdom is legendary. He knew that failing to accept his situation would make for a difficult road ahead, and that patience was the prescription.

He used the low season of his life to catch up with old friends, not rush back to activity. One of those friends suggested he try podcasting. More than 250 episodes later, his show The RobCast is one of the top podcasts on the planet, and he’s touring the world speaking to sold-out audiences.

2. Patience is not inactivity.

“Patience is also a form of action.” — Auguste Rodin

Once you’ve made an honest assessment of your situation, your actions will be much more effective.

I know that patience is not the typical watchword of a productivity monster, hell-bent on tilting the axis of the universe. But patience gets a bum rap. It doesn’t mean sitting around, thinking positive thoughts in between pizza pockets and waiting for an opportunity to drop into your lap, or for a wellspring of motivation to burst forth from your gut area (that’s probably just the pizza pocket).

Patience is simply the mindset of saying “no thanks” to anxiety. An impatient person fights reality, letting it create stress, sapping strength. A patient person accepts what is and acts from that place of power.

When I returned from Africa with nothing to show except half my life savings vaporized, I panicked. How would I pay the mortgage on my new house? How could I get back to doing noble work to maintain my identity as a social entrepreneur?

I thought about taking people to court, hiring a private investigator, and in my darkest moments, having thugs crack some skulls.

Then I accepted that I couldn’t fix the situation, I could only let it go. My future was no longer in that business. I decided to patiently let my life transition unfold, and spent four months renovating my house. I learned plumbing, electrical, and carpentry. By the end I felt my self-confidence return and I had found a tenant to pay my mortgage.

“Happiness and freedom begin with a clear understanding of one principle: Some things are within our control, and some things are not.” — Epictetus

I bet one was your 90-year old grandmother who survived the war by collecting tin cans and not complaining. Maybe you thought of Winston Churchill or John Wayne.

Scrub those images from your head. Stoicism doesn’t require the stiff upper lip, it simply asks that you take charge of what you can control, and let go of the rest.

When you get stuck in The Waiting Place, you’ll be tempted to launch a thousand ships against fate. Maybe you get laid off and decide to sue for wrongful dismissal. Maybe your business collapses and you’ll libel your shortsighted investors.

Stop. Pouring your energy into putting things back the way they were is like rearranging deck chairs on the Titanic.

Stoics expect and plan for setbacks, and greet each obstacle patiently, not only as an opportunity for growth, but as the raw material they fashion into the ladder that carries them over the wall. Be a Stoic.

“You can get so confused that you’ll start in to race down long wiggled roads at a break-necking pace and grind on for miles cross weirdish wild space, headed, I fear, toward a most useless place. The Waiting Place…” —Dr. Seuss

I’m going to take the wildly unpopular position of disagreeing with the esteemed Dr. Seuss.

The Waiting Place isn’t useless; it’s a vital opportunity to patiently evaluate your life from 30,000 feet and chart a new, better course.

The business world is overflowing with stories of entrepreneurs who had the Midas touch, but failed huge, and retreated into exile. In 1975, Ray Dalio started his investment firm, Bridgewater Associates, and began filling Scrooge McDuck-sized vaults for his clients. But in the early ’80s he predicted a global economic depression and went all-in on that bet.

Well, the uncooperative economy continued on an 18-year bull run. He lost everything and had to fire every last employee, and even borrow money from his dad to buy groceries. After this colossal, public crash-and-burn, Dalio could have quit. Instead, he saw this setback as a gift.

“In retrospect, my crash was one of the best things that ever happened to me because it gave me the humility I needed to balance my aggressiveness,” he writes in his best-selling book, Principles.

Dalio used his low season to implement an “idea meritocracy” at Bridgewater, a system of management that gets the best ideas out of employees while managing risk. His firm is now the world’s largest hedge fund, managing about $125 billion, something that he admits would not be possible without the painful medicine of his 1982 abyss.

“What, me worry?” —Mad Magazine

Modern conveniences have sapped our patience. We get instant answers from Google, overnight delivery from Amazon, and can even screen hundreds of potential life partners with the flick of a thumb on our phones.

So when we launch a new business and Facebook doesn’t buy it after 12 months, we feel like failures. Accomplishing anything of value takes time. Life has a built in “weeding-out” process, and those who don’t want their goals bad enough to shrug off impatience often don’t see them realized.

The impatient person pushes success farther away. A friend of mind published a novel at age 19, and now at 23, without a second deal, feels like his literary career is over. We need to relax our expectations.

What happens when you badger your boss for another promotion after three months? You signal your immaturity. Effective salespeople know that asking for the sale too soon pushes business away, and that you may need three, five, or 10 meetings to close a deal. Ultimately calm wins.

When we get stuck, the attitude we use to cope can either lead us quickly through The Waiting Place, or have us running circles in a deepening groove of anxiety.

“Nature does not hurry, yet everything is accomplished.” — Lao Tzu

Nature is a master of patience. Trees shed their leaves and bears hibernate to survive winter. The oldest seed to have germinated was radiocarbon dated at around 31,800 years. A healthy birth happens only after nine months.

Take a moment to think back on your life’s greatest challenges. Were they resolved, one way or another? Of course they were, and they no doubt taught you valuable skills. Can you even laugh at them now?

A life of ups and downs is guaranteed. Both the good and the bad will pass. It’s natural to be patient, because nature can’t be rushed.

You, sitting here reading, are the culmination of a universe in motion for at least 13.7 billion years. Waiting a few more months or years isn’t the end of the world.

7. You will come back stronger.

“Let difficulties know that you too are difficult.” — Dr. APJ Abdul Kalam

At age 41, Mel Robbins’ bio looked like this: unemployed, bankrupt, failing marriage, drinking problem, hitting the snooze button. Low season? No. For her it was the winter of rock bottom.

In a flash of inspiration, she decided that tomorrow she would count 5, 4, 3, 2, 1, and jump out of bed. Her practice worked so well that she applied it to other areas of her life.

She had stumbled on a psychological trick that kick-starts the brain’s prefrontal cortex, the area that regulates behavior and attention. In those five-second intervals, she banished the frustration of a chattering mind, and simply got down to work.

Robbins accepted where she was and named her problems. She took action and focused on what she could control. I’m not sure if she saw her low season as a gift, but without it, she surely wouldn’t have stumbled on “The 5-Second Rule.”

In a few short years she had published a best-seller and used her “Do it Anyway” philosophy to come back stronger. She’s now one of the world’s most sought-after public speakers.

In the personal development world, there’s no shortage of well-meaning reminders for those who haven’t “made it” yet.

“Successful people fail the most,” we’re told. “No pain, no gain!” Fair enough, but this cheerleading doesn’t help pay the bills or escape crippling humiliation.

What do you do in that Waiting Place between failure and success? How do you handle the part of the journey between trying and succeeding?

Most people choose to thrash around, digging their hole deeper. But an exceptional life demands that we master ourselves. Patience is the antidote to frustration and anxiety, the hydra that robs us of our Great Work.

It’s OK to fail, to get stuck, or to be not as far along as you’d like. What’s not OK is to pour gas on your problems with self-flagellation and despair.

Own your superpower, and you might even find that you actually enjoy the wait.

This article originally appeared in the January/February 2020 issue of SUCCESS magazine.
Image by Inspiring / Shutterstock

Michael Pietrzak is a mindset and habits coach to entrepreneurs. He founded So You Want to Write? Inc., which helps writers improve and get published. Michael is passionate about weightlifting, great books and playing guitar.Posted in Success and tagged goal setting, January/February 2020