How to Cultivate a Growth Mindset 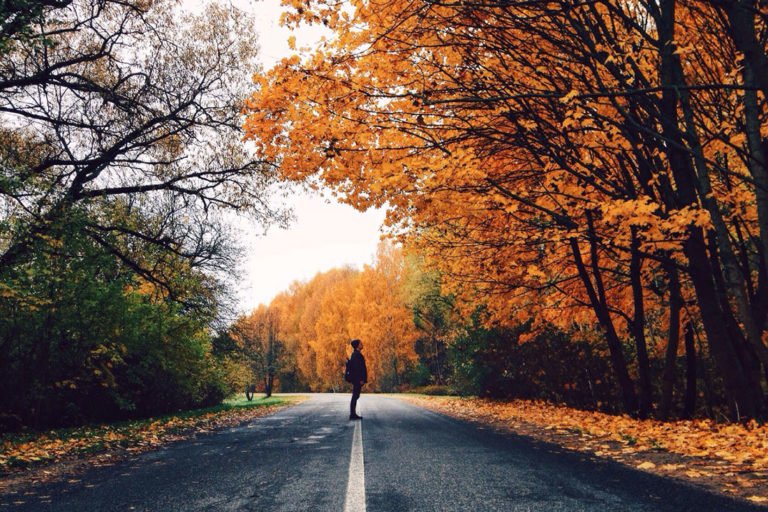 Vasily Alekseyev was tricked into lifting 500 pounds over his head.

Until 1970, many weightlifters had only come close to cracking that psychological barrier.

So when his trainers told him that the bar was loaded with slightly less than 500 pounds, a weight he’d lifted before, he threw it up like a matchstick.

Only they had lied—he’d actually lifted 500.5 pounds. Over the next seven years, he continued to smash records, topping out at 564 before retiring.

Because seeing is believing, many others started lifting 500+ soon after.

Remember Roger Bannister? Until 1954, everyone believed it was impossible for a human to run a mile in under four minutes. Then Roger did it, and his record stood for only 46 days. In the next 50 years, more than a thousand runners beat the four-minute mile.

What changed? Only a belief in what’s possible.

Compound interest? OK, less sexy, but it sure does work.

“Don’t let the door hit you on the way out?” Hmm, odd that you would mention that one, but it’s practical—I like it, I like it.

How about: “What you think, you become.”

I know, right? Let that wrinkle your brain for a minute.

Humans usually embrace good ideas; it’s why we all brush our teeth. But the idea that our thoughts become our reality? Well that’s something we tend to forget, even if we know it’s true.

We prefer to tinker with our outside worlds—to switch our diets, change jobs, try a new life hack. Don’t get me wrong, these do help you move toward a better life.

But the most successful people in history know this: Your thoughts create your reality.

His teachings became the Tao Te Ching, a book that heads of state and CEOs still keep in their carry-ons, and teaches that your thoughts become your reality.

Around the same time, an Indian prince, Siddhartha Gautama, left his palace to devote his life to discovering truth. Today, half a billion Buddhists follow his Middle Way.

“We are shaped by our thoughts; we become what we think,” he taught.

What does the Christian Bible say? “As a man thinketh in his heart, so is he.”

Islam? “Riches are not from an abundance of worldly good but from a contented mind.”

Not religious? Neither am I, but I shun wisdom that’s stood the test of time at my own peril. How about a secular tradition, Stoicism?

Roman philosopher Seneca noted, “It is the power of the mind to be unconquerable.”

Emperor Marcus Aurelius agreed, saying, “The happiness of your life depends on the quality of your thoughts.”

When an idea develops independently in all corners of the globe, AND persists for more than 2,000 years, it might just be worth paying attention.

“You are what you think all day long.” —Ralph Waldo Emerson

Then came that whole Dark Ages fiasco, but around the turn of the last century, the idea that thoughts equal power made a serious comeback.

The Law of Attraction faction was finding its legs when in 1903 James Allen wrote a best-seller called As a Man Thinketh, which argued that actions result from thought.

Napoleon Hill followed up in 1937 with his famous Think & Grow Rich, selling only 100 million copies. In it, he tells readers that, “Whatever the mind can conceive and believe, it can achieve.”

Six words in Hill’s book, “We become what we think about,” inspired Earl Nightingale to write The Strangest Secret in 1957 that sold a million copies. Nightingale then founded the Nightingale-Conant corporation that today produces most of the audiobooks you listen to on your ride to work.

It would be fair to say then that this idea—that thoughts have power—is the foundation for today’s $10 billion personal development industry, and the reason that you’re reading SUCCESS.com right now.

Not all ideas are good because they persist. I have grave concerns about astrology, which has somehow survived thousands of years. Then again, we Sagittarius are very skeptical people.

Let me take you scientists into a warm and loving embrace to share the good news: Science has finally joined the party and confirmed what our top minds have known for three millennia: Our minds create what shows up in our reality.

Last month I picked up a copy of SUCCESS magazine because I knew I’d be in it, and, you know, I’m vain.

I signed up for his email list and 13 automated messages, and many Google rabbit holes later, I learned some fascinating science about the power of thought:

If we know that our thoughts create our reality…

Then how do we create the life we desire?

Recommended Reading: Mind Hack by David Bayer; The 5AM Club by Robin Sharma; You Are a Badass by Jen Sincero

Lee Iacocca got sick. The one-time head of Chrysler Motors initially turned the company around but then caught the dreaded CEO disease.

Under his leadership, the company released minor variations of last years’ car models that nobody bought. Japanese manufacturers clobbered them.

The right prescription for Iacocca was innovation. Instead, he surrounded himself with sycophants and fired critics. He and Chrysler stopped growing.

This behavior is a textbook example of what Stanford University professor Carol Dweck calls “fixed mindset.”

As a young researcher, Dr. Dweck was obsessed with knowing why some people cope with failure and others don’t. Like any good researcher, she experimented on 10-year-olds, giving them tough challenges to solve.

Most buckled, but some licked their chops, saying, “I love a good challenge.” What was up with those weirdos?

What did these outlier kids have that Lee Iacocca lacked?

The short version: They had adopted a “growth mindset.”

A Tale of Two Mindsets

“I guess I’m just not cut out for this ‘walking’ thing.” —Said no baby ever

You’ve met people with a fixed mindset. They fret over looking good and cover up their mistakes. They care about their position in the pecking order.

They believe we’re assigned a fixed amount of talent at birth and that this determines how far we go in life. They need to prove themselves and desperately seek approval from teachers, peers, bosses and society. Their primary goal? Look smart!

Those with a growth mindset believe that talent is only part of the recipe for success and that with hard work and study there are no limits.

They crave challenge and don’t mind failure, seeing it as a necessary stop on the way to Victory Town, and could care less how they’re judged. Their No. 1 goal is to improve.

We’re born with a growth mindset. You’ll never see a baby that’s afraid to try and fail. But social convention and an antiquated education system teaches us to fear “doing it wrong.”

We know our mindset literally creates our reality. Now you know you have a choice between a fixed and growth mindset. I think our choice is clear.

But how can you develop a growth mindset? If only there were some tools we could use…

What I mean is that most startups can’t afford traditional advertising, so they devised a smart, free way to market their services and find customers: growth hacking.

If you’re familiar with lean startup methodology, this tune will sound familiar: to rapidly experiment with marketing tactics, measure results closely, identify what works, then modify your experiment repeatedly all in the pursuit of relentless growth.

For example, in its infancy, Airbnb tried out tactics to sign up new users. But when it added a simple “share to Craigslist” button to its listings, growth exploded.

“Growth-hacking is more of a mindset than a tool kit.” —Ryan Holiday

If thoughts create reality, and we know that adopting a growth mindset speeds us toward success, AND we know that rapid experimentation can help us uncover the best growth strategies…

Then why the heck can’t we apply growth hacking to cultivating a growth mindset? Here are five techniques you can use to do exactly that:

Sit and think. What’s the one mental habit you’ve picked up that hurts your growth most?

My own is judgment. I judge people for how they drive and lose my mind when I see someone litter. I get sucked into political debate on Facebook and come away feeling dirty.

I know that this tendency to judge is not serving me. It robs me of my mental energy, and I’ve targeted this part of my mindset to work on; to replace judgment with compassion.

A/B testing is Startup 101: Run two different Facebook ads and see which one performs better. Keep the winner, then test it beside a new ad. Repeat.

We can do the same thing with our attitudes. For one week, just observe one belief you hold, like “my work is boring,” and keep a written record each day of how you feel and your experience (e.g. “Mood: 6 out of 10. Got into two arguments with my boss.”)

In week two, decide to adopt the opposite belief. (Side note: if you think you can’t possibly change your thoughts, ask yourself, If I’m not in control of my thoughts, who is?)

This might look like, “There’s always something interesting happening at work if I look closely.” Again, record your outcomes. Stick with the belief that brings the best results. Repeat with other parts of your thinking.

Startup entrepreneurs know that if they want to growth hack their business, they need to know what their users are doing.

In my business, So You Want to Write?, I use Google Analytics to see which webpages users are landing on, what they’re doing, and whether my marketing campaigns are effective.

Most of us could use more analytics in our lives. This can mean keeping a journal of your thoughts and moods. Each night before bed ask yourself, What thoughts dominated my day? How did this influence my mood? What was the effect on my productivity?

When you know what’s going on in your mind, you can adjust your mindset to the one that best serves your growth.

Pro marketers found out that when you encourage your users to share your content, you turn them into inbound link machines, and you win the internet.

Use a similar approach to create a positive mindset loop.

Let’s say that today you’re exceptionally mindful of the times you want to judge someone (awareness is the first step in changing a behavior). Reward yourself for this in some way, whether that’s a literal pat on the back or leaving work on time.

In this way, you reinforce healthy thoughts and your subconscious will want more, kicking off a virtuous viral cycle and cultivating a growth mindset.

Growth hackers are masters of riding others’ coattails. Need to grow your email list? Write a guest blog post for a big audience. Need to start a multibillion-dollar payment processing company (ahem… PayPal)? Convince eBay to use your technology.

We can do the same to build a growth mindset: Attach yourself to people with great attitudes. You are the average of the five people you hang out with the most.

Also: By reading the best books, we expose ourselves to healthy, positive thinking that we can adopt as our own.

I’ve growth hacked every part of my external life. I’ve racked up more than 10,000 Pomodoros, spent a king’s ransom on supplements and bulletproof coffees, collected a library of journaling, incessantly planned my year/month/week/day, joined the 6 AM Club (sorry Sharma, I just can’t go to bed at 8 p.m.), and tamed the smartphone beast.

These outer habits improve my life infinitely. But as the returns diminished, I started doing the inside work to cultivate a growth mindset. Doors open much easier these days.

If you’re not where you want to be in life, it might be time to turn your focus inward.