The Power of Accountability: 10 Steps to Achieve Any Goal 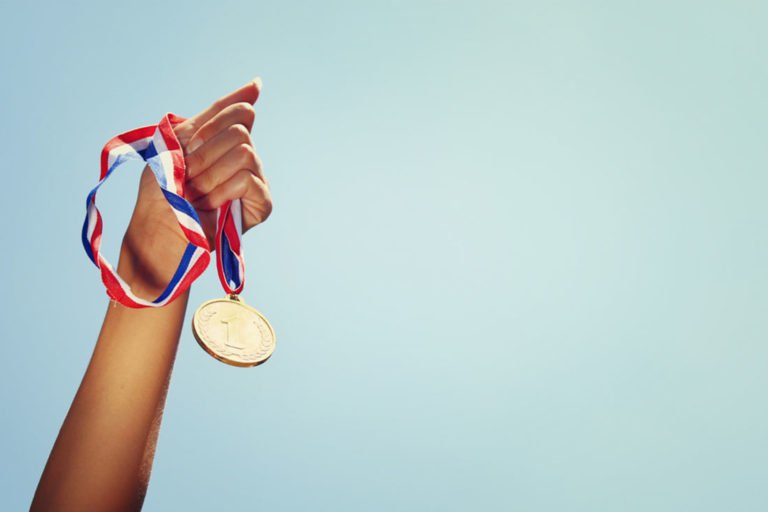 They’re all valuable traits, but they pale in comparison to what each of us needs most in the quest to total life success: Personal accountability is No. 1.

We first introduced our powerful accountability philosophy to the world over two decades ago in a New York Times best-seller, The Oz Principle. Since then, millions of people have come to know us as “the Oz guys.”

Why Oz? As it turns out, the perfect metaphoric backdrop for our timeless principles is a timeless story, one that we both loved as kids.

Surely you will recall meeting Dorothy, the Scarecrow, the Tin Man and the Cowardly Lion from the 1939 movie The Wizard of Oz, based on L. Frank Baum’s classic children’s novel. All of the main characters are thrust into despairing circumstances beyond their control. A tornado rips Dorothy from her Kansas farm and hurls her against her will to a strange fantasy world. The Scarecrow lives a stagnant life amid corn and crows because his creator skimped on brains. The Tin Man is rusted in place, unable to act because he lacks the heart to move. And the lovable Cowardly Lion? He lacks courage and nerve, and therefore lives a life well below his potential.

Feeling victimized by shortcomings and circumstances, the characters believe they cannot possibly change things on their own, so they set off on the yellow brick road to the Land of Oz in hopes of finding an all-powerful wizard who will solve all of life’s problems for them.

At the heart of their message and ours lies this one simple principle: Don’t let your circumstances define who you are and what you do.

In other words, don’t place the hope of future success in the hands of some wizard’s wand. Relying on someone or something to save you only brings a sense of victimization that paralyzes your ability to think clearly, creatively and quickly. Instead, take charge of shaping your own circumstances, and good, positive, game-changing things will begin to happen.

Whether you’re looking to make wholesale changes in your life or just want to fine-tune it a little, here are 10 guidelines—highlights from our newest book, The Wisdom of Oz—that will help you unleash the power of personal accountability to take ownership for your actions, decisions, successes and failures.

Does the mere mention of the word accountability make you shudder? The negative (and uninspiring) view of accountability is reinforced in the common dictionary definition: “Subject to having to report, explain or justify; being answerable, responsible.”

Staying true to yourself and your goals should not be drudgery. You must view your accountability as a gift to yourself, a voluntary mindset to ensure success, not something you’re force-feeding yourself even though you hate it.

2) Think as if your life depended on it.

When you shift to a determined, creative mindset, you begin to discover solutions for challenges that you may have believed were out of your control. If your life depended on it, would you come up with a new idea or strategy to save yourself? Absolutely.

The goal you want to achieve or the problem you want to solve probably is not a life-or-death scenario, but many creative solutions come when you put everything on the line. While your life may not be at risk, your happiness and success are.

On March 22, 2012, the state army of Mali stormed the presidential palace, overthrowing the western African country’s 20-year-old democracy. In the turmoil, Islamic militants took control of two-thirds of the country and crushed the upcoming democratic elections.

It was a tragic moment when the coup happened, says Yeah Samake, mayor of the small town of Ouélessébougou, located approximately 40 miles from the chaos. “I came into my living room and completely collapsed on the couch. My wife came and kicked me. I couldn’t believe it. I told her, ‘I am looking for sympathy here. Why are you kicking me?’ She only said, ‘Get out there and go do something.’ ”

Whether you get off the couch on your own or require a little nudge from somewhere else, the point is to get out there and do something.

Everything will exact a certain price from you—energy, effort, patience, resources. It’s natural to want the good things in life without paying the price: You want to lose weight but don’t want to exercise or sacrifice your favourite foods. You want a promotion but don’t want to put in the extra hours. Success comes when you hit a tipping point and begin to desire your goal more than you dread the cost of reaching it.

5) Don’t let gravity pull you down.

Just as massive planets produce gravity—drawing everything toward them—it seems that tough problems and challenging obstacles have enough mass to pull you away from getting what you want. This force gets bigger and stronger as the challenges get larger and tougher. Don’t give in.

6) Every breakthrough requires a bold stroke.

Actor Jim Carrey grew up so poor that his family lived in a van after his father lost his job; at one point the Carreys slept in a tent on a relative’s lawn. But Carrey believed in his own future and in the things that he wanted to accomplish in his life.

As the story goes, one night early in Carrey’s struggling comic career, he drove his beat-up Toyota to the Hollywood Hills and, while overlooking Los Angeles, pulled out his chequebook and wrote himself a check for $10 million. He scribbled in the notation line “For acting services rendered” and stuck it in his wallet. At that moment, Carrey cemented his personal resolve. Over the next five years, Carrey’s promise to himself led to worldwide fame. At the peak of his career, his per-film paycheck reached $20 million.

When you discover your own internal power, you see that you have the right, the ability, even the obligation, to create your own best reality.

Soliciting advice and criticism from others creates accountability.

For this to work, you will need to convince the mentor, friend, colleague or significant other whom you’re appealing to that you want to know what he really thinks. The evaluator needs to know that he won’t suffer any blowback if he is totally honest. Feedback is key to overcoming blind spots and achieving better results.

We care more for the things we own than for the things we rent because we don’t have as much invested in things that are temporary; there’s not as much at stake. Have you ever washed a rental car? Of course not.

When you own something—whether it’s a car, a work assignment or a relationship—you make an investment, usually involving some degree of sacrifice. When you rent, you can walk away without losing anything. If you’re really committed to achieving your goal, go all in.

Finding solutions is just like digging for gold. Have you seen the Discovery Channel reality show Gold Rush? It follows the lives of modern-day miners as they compete against time, one another and nature in hopes of striking it rich. First the miners must remove a top layer of 6 to 12 feet of dirt and rocks before the real mining even starts. Below this seemingly worthless and painful 6 to 12 feet, they hit pay dirt. The more pay dirt the miners process, the more gold they potentially find. In the end, they must move several tons of dirt to find just 1 ounce of gold. It’s hard work, but it yields rich rewards.

How do you do that? How do you really make personal accountability work for you? Wouldn’t it be easy if there were just some switch you could flip? An Easy Button you could push? Maybe an app you could use? Well, there really is a flipping magical switch-app-button. It’s called making a choice and acting on it.

You have the choice to fulfil your aspirations or wallow in the blame game and victim cycle.

True success doesn’t come from the outside but from within. There is no wizard. Taking greater personal accountability is the key to succeeding in everything you do.