3 Lessons for Chasing Your Biggest Goals 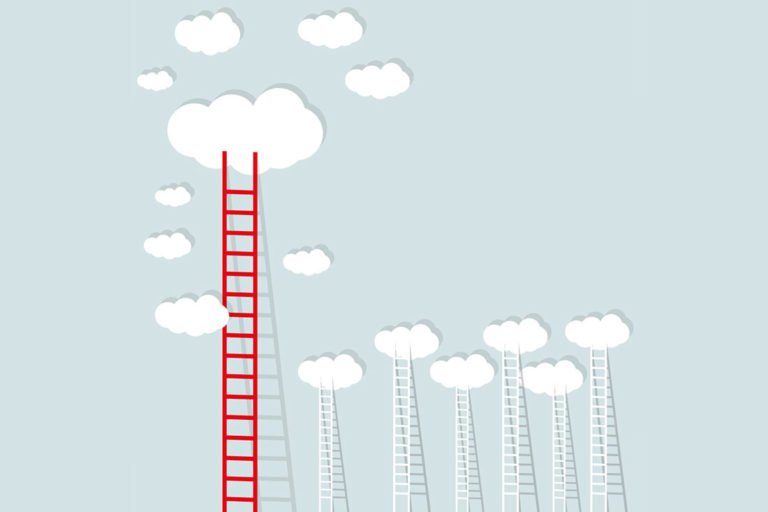 It was a Wednesday night.

On Oct. 2 of this year, I learned the fate of the biggest, scariest goal I had ever set.

I’ve always been a goal-setter. I set weight-related goals and running mileage goals and spin class goals. I’ve set book-reading goals. I’ve set income goals. I even set laundry-folding goals–trying to fold an entire week’s worth of clothes within one episode of Shark Tank.

However, in all my decades of goal-setting, no goal has ever seemed as out of reach or impossible to achieve as the one I would learn the fate of that October evening. And while part of me wished this wasn’t my goal, there it was. The goal that wouldn’t let me go.

No goal is worth sacrificing your dignity and values. Ever.

I wanted to be a New York Times best-selling author. The Times list is the big one—the one that signifies, once and for all, that you have made it. And of all the goals I’ve ever set in my life, this is the one that taught me the most. Here are three big lessons for my fellow goal-setters:

1. Surrender to the goal.

I learned this the hard way. Like a toddler who fights her nap only to collapse in an inevitable pile of delirium, I fought against this goal until it made me crazy.

I didn’t want to want it because I knew how impossible and unlikely it was. Then, when I finally accepted the goal, I felt myself split in two—the half that dared to dream it was possible, and the half that ridiculed the wildly irresponsible first half for even considering it.

I wasted an incalculable amount of time, even more energy and sanity just debating whether to go for this big goal. By the time I finally accepted this was the goal, I was exhausted.

If you feel a goal lurking in the back of your mind or in the corners of your soul, waste not a moment running from it. Embrace it. Accept it. Go for it.

2. Stop at nothing (except compromising your dignity).

Though my belief in the goal to be a New York Times best-seller waivered, my actions toward that goal never did. As soon as there was a cover to share, I started pre-selling the book. I offered it from stage at my keynote presentations. I sent it out to my e-mail list. I took my husband and my children with me on the road to events to help with taking pre-orders. I recorded podcast after podcast from a makeshift studio under my son’s bunkbed (right next to his T-Rex figurine that may or may not have started roaring during one of the recordings).

We spent hundreds of hours telling absolutely anyone about the book. If The New York Times was the goal and we didn’t reach it, I never wanted to question if I had done enough.

The truth often is that the big goals, the ones you really want and work for, aren’t achieved the first time. They take trial and failure and the wisdom that only comes with experience.

That being said, there were things I said no to—things I didn’t do because they felt wrong.

A lot of people in publishing have heard there are “shortcuts” or “tricks” to making the NYT list. And I’ll admit, a few of the options presented were tempting. The very day I learned of one of these shortcuts I happened to pick up a copy of the Times and read the story of Aunt Becky from Full House getting busted for cheating her daughter’s way into college.

I had my answer. Whether I made the list or not, I never wanted to question the means by which I achieved the goal. No goal is worth sacrificing your dignity and values. Ever.

The goal I had worked so hard for, that my whole family had sacrificed for, the one I wanted more than anything in my career was… missed.

I wasn’t a New York Times best-selling author. I didn’t achieve the goal.

My husband was the one to tell me; my agent had strict orders to call him, not me. As he delivered the news, I could see him physically and emotionally brace himself for his wife’s complete mental breakdown—for sobs and tears, for me to channel Nancy Kerrigan with cries of why!? Why!? Why!?

It was a reaction I also expected. But it was not the reaction that came.

Instead I felt my lip curl and my eyes narrow in a knowing squint. “Well,” I thought to myself, “This is going to make an even better story when I eventually do become a New York Times best-selling author.”

In that moment of defeat, I was overcome with an overwhelming sense of calm. This wasn’t the end of the story.

This was the middle.

The truth often is that the big goals, the ones you really want and work for, aren’t achieved the first time. They take trial and failure and the wisdom that only comes with experience. If you’ve ever missed a goal, I hope you too take comfort in knowing that it is only the middle of the story.

That Wednesday night in October didn’t bring the news I was hoping for. But it was a mere 24 hours later that we learned my book was No. 2 on the Wall Street Journal Business best-seller list.

It was a welcomed plot twist in the story I’m still writing.

Image by 4Max/Shutterstock.com
This article originally appeared in the January/February 2020 issue of SUCCESS magazine.

Kindra Hall is a sought-after speaker, author and the president of Steller Collective, a marketing agency focused on the power of storytelling to overcome communication challenges.Posted in Success and tagged goal setting, January/February 2020